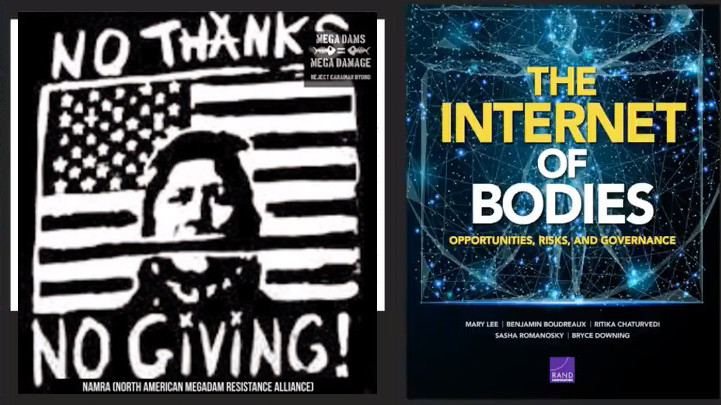 Understanding human capital finance and understanding that it is embedded in the way in which we were so brutal to indigenous people and black people is central to understanding that now this system is gotten to the point that it’s coming after everyone and we need to both reconcile with that history and really own it and also to look to those ongoing resistance strategies to enslavement as we move forward and try to come to some resolution and be allies in that process.

Tomorrow my wife and I will attend and stand silently in solidarity with the annual National Day of Mourning convened by United American Indians of New England in Plymouth, Massachusetts.  Beginning at 12 noon EST, it will be live-streamed at:
http://uaine.org/

Ancestors in my Father’s and Mother’s family lines were variously involved in the genocide, dispossession, subjugation, and cultural colonization and assimilation of Original Free Peoples of Turtle Island, extant here for millennia before the arrival of Europeans. Living with this inheritance, it is life-affirming and life-honoring to psychically acknowledge and find ways to atone for the misguided and Life-negating actions of my ancestors.

At present I am learning worlds from a number of like-minded souls concerning the Life-negating reality humanity was dragged into earlier this year.  Apprehending the False Promise of Biosecurity is a distillation of some of what has been studied since April.

At present the work and dedication to Life expressed by Alison McDowell is increasing the field-of-view regarding the drive to implement a future where the comparatively few unconscionable financially wealthy humans are endeavoring to carve out a world and future that preserves their wanton privilege at the expense of our single, fragile, and supremely gifted human family.

As a work in progress, annotated partial transcripts are being produced of

The Fourth Industrial Revolution and the Global Technocratic Takeover with Alison McDowell
5-part interview conducted by Jason Bosch, argusfest, 17 May 2020

McDowell is a gifted generalist who brings a holistic, grounded sensibility and celebration+love of life to her work. Based on her research, she writes at Wrench In The Gears about education technology, data-driven government, social impact bonds/investing/finance, pay for success finance, digital surveillance, internet of things, honoring Mother Earth and all our relations, internet of bodies, artificial intelligence, human capital markets, blockchain development / implementation / vouchers, digital identity, bio-capitalism, cybernetics, predatory philanthropy, and more. Her perspective is grounded in the framework, money is power, and her research follows what financially powerful persons and groups say in their white papers, in their grant projects, in their boards and in evaluating how their programs are playing out in the real world.

One of my mentors—his name is Tim Scott—wrote a couple of pieces that touched on social impact bond finance. This was at the time where I was looking into educational technology and Gates was part of that.

[by Tim Scott in Dissident Voice:

]
There’s a very compelling presentation I recommend to everyone online and it’s Justin Leroy who I believe is an academic, a professor at UC Santa Barbara now, called Race, Finance, and the Afterlife of Slavery (1:03:15, May 2017). It was about social impact bonds in the afterlife of slavery. [See Also: BONDED LIFE – Technologies of racial finance from slave insurance to philanthrocapital, Zenia Kish and Justin Leroy, Cultural Studies, 2015.] What was really interesting was the context of that talk. There was an exhibit at the Whitney (trying to remember the exact year, maybe 2016) where Cameron Roland who’s actually a Philadelphia artist—he does work around found objects and ready-made and in relation to the carceral state and racial capitalism and that’s his work. This was an exhibit around debt. And he had used his apportionment to make art to actually buy a share in this social impact bond which was targeting incarcerated youth in Ventura County, which is interesting because that’s one of the county that’s coming up with the covid stuff now. So he bought—because that was the only way to get the terms of this social impact bond conference and contract and he framed it and he put it on the wall of the Whitney. And he asked Justin Leroy to come and speak as part of the the exhibit.

This talk was given and it really hit home that what we’re looking at now with the turning of people into data and using predictive analytics to essentially set up these larger systems to gamble on people’s lives—and this is something that’s happening as a direct result of automation of labor and globalized labor management processes—this is the outgrowth of the carceral state. [i.e., policing, courts, custody, and state supervision. Policing should be understood to include not just municipal law enforcement, but the “soft” policing of welfare officials, state and federal law enforcement, the US military, as well as private security forces. All enact violence against poor communities, though the methods vary. The carceral state works hand-in-hand with “smart cities” and IoT deployment.
Operation Relentless Pursuit: Test Beds For “Smart City” Signals Intelligence?, 13 Jan 2020]

This is what’s coming next: social impact finance tied to different forms of state control that are outside of prison systems but also really brutal. It’s this legacy, it’s this arc on which our nation is built, which is below the surface in many ways and I think people who tend to rely on the constitutional rights and the good of democracy, often conveniently forget that the wealth and power of this country was built on land theft of the indigenous nations and genocide of indigenous people, enslavement of black people and family separation of those families and then unfree labor and forced labor until very recently. Those pieces, when we go back to the Constitution, don’t apply and the Constitution is really written to protect the property rights of powerful white men, many of which founding fathers were real estate speculators.

Where we are now with Trump is very much part of that larger trajectory. That is why, for me, understanding human capital finance and understanding that it is embedded in the way in which we were so brutal to indigenous people and black people is central to understanding that now this system is gotten to the point that it’s coming after everyone and we need to both reconcile with that history and really own it and also to look to those ongoing resistance strategies to enslavement as we move forward and try to come to some resolution and be allies in that process. That’s my personal understanding and the framing of it.

May we all continually awaken to and be renewed by recognition of our participation in and partaking of life at this unique time of Koyaanisqatsi.

For Mother Earth, all Her children, and all that follow us here