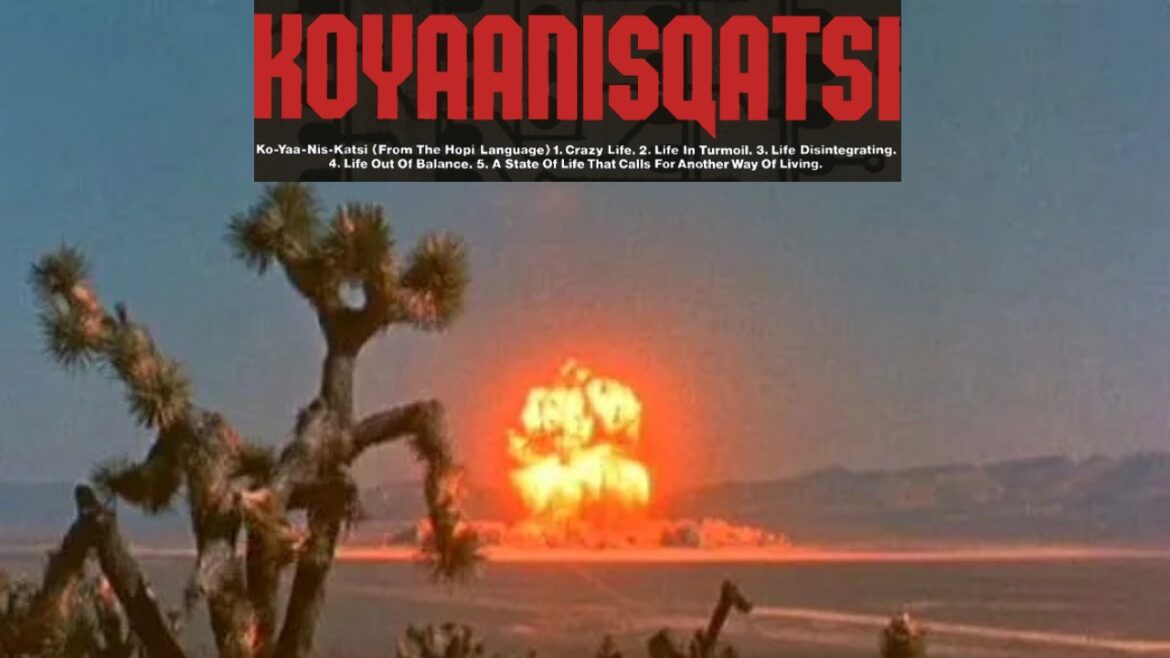 I need to share something of supreme import concerning the life of our time. Forty-plus years ago, when first gaining awareness of the incomprehensible danger posed by nuclear weapons, it was very difficult to discuss this with most people. Reading Jerry Mander’s In The Absence of the Sacred in 1991 crystalized this impasse. Born in 1936, Mander described how:

Of all the technological influences of my childhood, nuclear weapons clearly had the greatest impact on my mind. They made me doubt the future, and they were an iron-fisted message that fabulous technical forces were out there—forces that contained enough overwhelming power to shatter any lingering notion that I could control my existence. By the time I was thirteen or fourteen I became obsessed with the possibility of nuclear war. I kept imagining nuclear explosions with my family being ripped apart. What a stupid situation. Here I was at the beginning of my life and already the thought of annihilation was foremost in my mind. A tremendous amount of my emotional and intellectual attention revolved around how to live my life, given the existence of this one piece of technology. Worst of all, no one seemed able to talk about it—not my school, not my family, not the media. It was a profound technological experience shared by everyone in the United States and in most other parts of the world, but each person went through it alone.

As a species, as our single, supremely gifted human family, we cannot continue to NOT talk about and finally deal with what we are confronted with, going back to the dawn of the nuclear age. The danger of a Cuban Missile Crisis in reverse is becoming more manifest with each passing day.

I was very moved in 2015 making the archive of Helen Caldicott’s Symposium on The Dynamics of Possible Nuclear Extinction held at the New York Academy of Medicine earlier that year. Ever since first playing with the poison fire at Alamagordo, then Hiroshima and Nagasaki, our species has been thrall to the increasing shadow of impending self-imposed extinction.

In an essay published in December, Dr E Martin Schotz presented a cogent primer on Understanding and Resisting the New Cold War and how “We cannot afford to have enemies. On the contrary we need the nations of the world, particularly the major powers of the world, to come together as partners in survival.”

Yesterday I helped my friend Ed Curtin involving some technical issues with what he just published on the danger confronting humanity with the escalating madness in Ukraine. I met Ed in December 2012 at the weekend workshop, JFK, the Unspeakable & 2013 conducted by Jim Douglass with Paul Schrade. In his own words, Ed’s “concerns have been those of many writers throughout the ages—poets, rebels, journalists, philosophers, passionate writers of every stripe, desperados for truth and a peaceful world of love and kindness. Those I have admired the most … were those who dismissed categories, distinctions, or labels, but who wrote freely because for them to write freely was to live freely and not to be caged by anyone’s restrictions as to what they should be saying or how they were saying it.”

Since 2012, I have an expanding appreciation of Ed’s field of view and his gift for articulating this perspective through his writing. Yesterday he published On the Edge of a Nuclear Abyss. While the subject is difficult (an utterly inadequate understatement), it is the nonpareil issue our species must confront and change our way of thinking about and acting towards while there is still time to be … here. Denial is a defining quality in our epoch of koyannisqatsi, the Hopi word for crazy life, life in turmoil, life out of balance, life disintegrating, a state of life that calls for another way of living.

As impossible as it may appear to deal with this—given the response, But what can I do?—what each of us can do is CHANGE OUR MINDS. To face the incomprehensible reality that ALL THIS can end in a momentary flash provides an opening to BEGIN to struggle with changing how we relate to our selves, our family and friends, our community and the miracle of all life we share this world with. In his 1963 American University Commencement Address, President Kennedy called for an end to the Cold War. The frame he presented was and is still ahead of its time. A core point focused on attitudes about peace.

First: examine our attitude towards peace itself. Too many of us think it is impossible. Too many think it is unreal. But that is a dangerous, defeatist belief. It leads to the conclusion that war is inevitable – that mankind is doomed – that we are gripped by forces we cannot control. We need not accept that view…. No problem of human destiny is beyond human beings…. Genuine peace must be … dynamic, not static, changing to meet the challenge of each new generation. For peace is a process – a way of solving problems.

Grateful to be present at this unique rite-of-passage moment in our species’ creative evolutionary adaptation into our post-industrial-mind epoch.

“Respect the Earth as our Mother and have a Sacred Regard for All Living Things.”
Steven Newcomb, Toward a Paradigm Change for Mother Earth (2015)