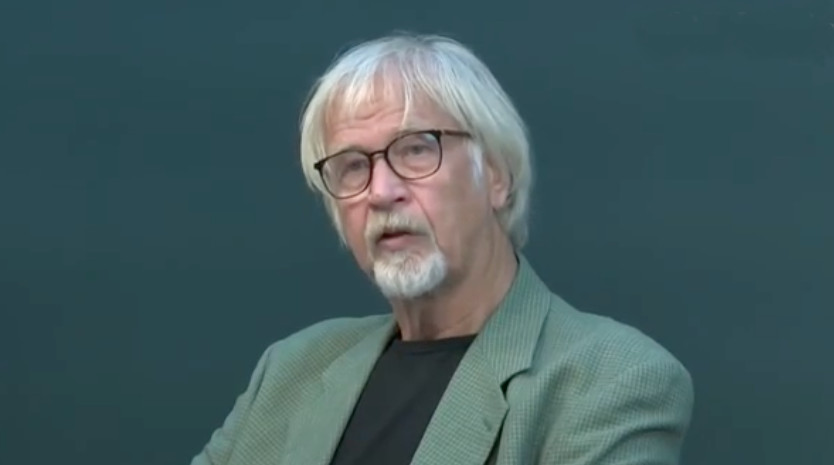 Clinical Fear
The ‘Great Reset’ in the health service
seems to have long since been carried out.
Dr Wolfgang Wodarg
18 November 2020
Read Complete Text

Dr Wolfgang Wodarg is a tireless champion of accountability in medicine and science. From Dr. Reiner Fuellmich: Crimes Against Humanity and the Covid-19 PCR Test 3 October 2020 statement:

It is important to note at this point that the definition of a pandemic was changed 12 years earlier. Until then, a pandemic was considered to be a disease that spread worldwide, and which led to many serious illnesses and deaths. Suddenly, and for reasons never explained, it was supposed to be a worldwide disease only. Many serious illnesses and many deaths were not required any more to announce a pandemic.

Due to this change, the WHO, which is closely intertwined with the global pharmaceutical industry, was able to declare the swine flu pandemic in 2009, with the result that vaccines were produced and sold worldwide on the basis of contracts that have been kept secret until today. These vaccines proved to be completely unnecessary because the swine flu eventually turned out to be a mild flu and never became the horrific plague that the pharmaceutical industry and its affiliated universities kept announcing it would turn into, with millions of deaths certain to happen if people did not get vaccinated.

These vaccines also led to serious health problems: about 700 children in Europe fell incurably ill with narcolepsy and are now forever severely disabled. The vaccines bought with millions of tax payers’ money had to be destroyed with even more tax payers’ money. Already then, during the swine flu the German virologist Drosten was one of those who stirred up panic in the population repeating over and over again that the swine flu would claim many hundreds of thousands, even millions of deaths all over the world.

In the end, it was mainly thanks to Dr. Wolfgang Wodarg and his efforts as a member of the German Bundestag and also a member of the Council of Europe that this hoax was brought to an end before it could lead to even more serious consequences.

The German Bundestag has now decided by a majority to continue the emergency situation of our population, which cannot be justified by an illness. The peaceful and democratic protest against coercive measures and wantonness is still important. A cross-party opposition in the Bundestag can challenge the motion by immediately filing a constitutional lawsuit for review of norms with the Federal Constitutional Court. This text contains further arguments for such an act of legal self-defense. From early October to mid-November 2020, i.e. within only 6 weeks, the proportion of alleged Covid-19 patients in German intensive care units increased 15-fold. More than half of the beds were suddenly occupied by “Covid-19” patients. However, the overall occupancy rate remained almost unchanged. But what happened to all the other patients? And why did the Robert-Koch-Institute (RKI) find the SARS coronavirus-2 in only 4 percent of outpatients with respiratory tract disease?[1] Are there other reasons for the reported “second wave”?

The above shows once again that hospitals have primarily mutated into commercial enterprises in which economic thinking determines decisions. As a welfare state, however, we are a community of solidarity. We make our contributions in solidarity to the best of our ability to help those who need help. This is also the principle of our health system. It is based on the principle of solidarity and has also been a public duty in the area of administration and ensuring that care is tailored to needs. If cities, districts and federal states leave the provision of basic health care to large monopolists and thus rid themselves of their responsibility for the sick and elderly, then soon it will no longer be a question of health at all, but only of money, and companies will know this better than the people’s representatives.

The “Great Reset” in the health service seems have long been implemented. The “Economic Hitmen” have long been under us and, what we experience now, is only a symptom of this in the last decades of progressive de-regulation of public welfare. When the common good abolishes itself, well organized egoists with a paternalistic gesture take over the regime and democracy will have a hard time.